After settlement with S&G client Al Madany Islamic Center of Norwalk, The Hour reports that the City's zoning comissioners are considering proposed amendments for places of worship in certain business and industrial zones, as well as criteria for special permits.  Such amendments would allow them as permitted uses in various districts.  The article continues,

""I think the entire zoning regulations for the city need to be looked at. Recommendations need to be made and simplify the process for people coming into Planning and Zoning," [Nora K. King, Norwalk Zoning commissioner] said. "We've had two cases now -- Nearwater and the mosque issue -- that really clearly point to the fact that we need major zoning reform. What's really obvious to me, the city of Norwalk needs a city planner."  "If it applied to all special permit uses in residential zones, including museums, schools, (etc.) then it wouldn't unfairly burden the practice of religion and it should not be RLUIPA violation," [Peter] Nolin said.

After weeks of closed-door meetings and public hearings, officials in Norwalk, Conn., have agreed to settle a two-year legal battle with a local Muslim group that was looking to build a mosque.

The following City officials will work in good faith with Al Madany for no less than two years to locate an acceptable alternative property:  Director of Economic Development, Director of Norwalk Redevelopment Agency, Director of Planning and Zoning, Corporation Counsel and Mayor.  If and when Al Madany identifies an acceptable alternative property, the City shall reimburse Al Madany up to $215,000 for the reasonable out-of-pocket development costs incurred by Al Madany at a new property, which may include legal, engineering and architectural fees, and costs associated with landscaping services and traffic calming measures, . . . . 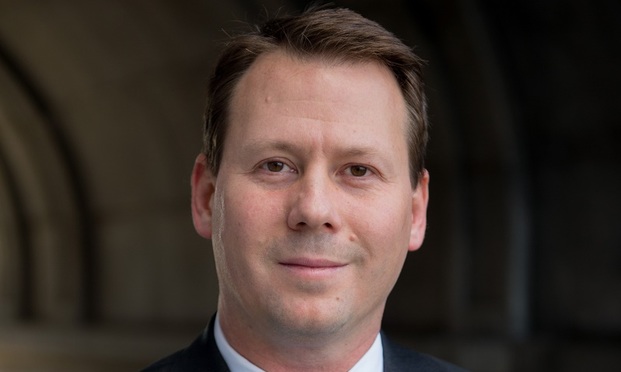 The Al Madany Islamic Center brought its lawsuit in 2012 after neighbors who expressed concerns about noise and traffic urged the zoning commission to reject the proposed mosque and Islamic center. Under the settlement agreement, the original plan for the mosque and accessory building on Fillow Street is to be reduced by nearly half, to 21,800 square feet. Meanwhile, the design will expand the number of on-site parking spaces by 50 percent, to 135, and additional trees will be planted around the site as noise and visual buffers.

At the same time, Al Madany will receive $307,500 to cover legal costs—$145,000 of that from Norwalk and the remaining $162,500 from the city's insurance carrier. Two out-of-state law firms that have represented the center for the past two years had, to this point, waived most of their legal costs. But it would have been a different story if the case went to trial.

The city zoning commission approved the settlement proposal on Sept. 4. The Common Council was scheduled to take it up on Sept. 8.

"From a legal perspective, this settlement demonstrates how the federal statute RLUIPA is a positive tool in being able to balance the interests of the religious organization with the interests of the municipality and the neighbors," said Roman Storzer, a Washington, D.C., lawyer who is nationally known for his work representing religious organizations in RLUIPA cases.
Jay Stapleton, "City, Islamic Group Near Settlement in Mosque Suit," The Connecticut Law Tribune (Sept. 5, 2014). 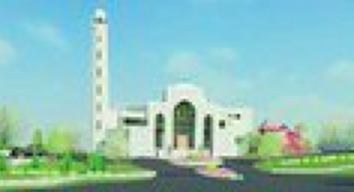 "In the end, the huge turnout of Norwalk residents at City Hall on Thursday night mostly to oppose the proposed Al Madany Islamic Center, wasn’t enough to stop the city’s Zoning Commission from voting to approve it. . . . ''Congress created a law. This local government is required to abide by federal law. It  doesn’t have a choice. It has to abide by the law . . . .'"

In Al Madany Islamic Center of Norwalk v. City of Norwalk, Conn., the United States Department of Justice intervened in the action and filed a "Memorandum in Defense of the Constitutionality of the Religious Land Use and Institutionalized Persons Act of 2000."  The brief argues:

In the case of RLUIPA, Congress held nine hearings on the need for legislation over a period of three years.14 See sec. II, Legislative History, supra. “The hearing record compiled massive evidence that this right [of religious communities to assemble] is frequently violated.” See 146 Cong. Rec. at S7774. Congress heard testimony and reviewed evidence from national surveys, studies of zoning codes, reported land use cases, and the experiences of particular religious institutions. See id. at S7775; H.R. Rep. No. 106-219, at 18-24; 146 Cong. Rec. at E1235. In short, Congress had before it ample evidence of local land-use decisions burdening free exercise to warrant the enactment of corrective legislation.

Storzer, an attorney with Storzer & Greene, PLLC, has represented religious institutions nationwide in religious freedom matters. His legal victories include thwarting the Camden County Improvement Authority's (N.J.) attempt to seize Living Faith Ministries' church and allowing it to continue to exist in an area of economic redevelopment, and a decision by a federal district court supporting The Church of the Hills in a lawsuit against the Township of Bedminster, N.J., in an attempt to expand its church, according to his law firm's website.

12/11/2012: U.S. Department of Justice investigating City of Norwalk, Connecticut's denial of application for place of worship

The U.S. Department of Justice is delving into city Zoning commissioners' rejection of Al-Madany Islamic Center of Norwalk's plan to build a mosque in West Norwalk, according to city officials. . . . "Federal law protects the right of all religious traditions, mainstream or minority, to a place where congregants can pray, worship together and teach their children," said Roman P. Storzer, the attorney representing Al-Madany Islamic Center.

Roman P. Storzer, of New York-based Storzer & Greene, the attorney for Al-Madany, said Monday he cannot discuss specifics of any settlement discussions, but noted, "[T]he center was flexible in the earlier proceedings with the Zoning Commission and they still look forward to be able to achieve an amicable result with the city here. We aren't closing off any avenues of resolution."

Storzer said the complaint describes the center's need for a place of worship and the lack of an existing mosque in Norwalk. It alleges the commission's action was based on "misapplication of state and local laws," "ad hoc factors specifically and specially designed to prevent the construction of a mosque within Norwalk," and "unequal treatment as compared to similarly situated places of worship in the same area and zoning district."

The city and Al-Madany Islamic Center of Norwalk appear headed toward resolution of the latter's lawsuit against the city. Al-Madany Islamic Center sued the city after the commission on June 6 rejected the center's plan to build a mosque/multi-purpose center at 127 Fillow St. That decision might now be reversed, or at least altered. On a 6-1 vote Thursday night, Norwalk Zoning commissioners approved the following motion: "Subject to an agreement on the terms and conditions of the final settlement agreement, we consent to a resolution to allow for zoning approval for the mosque and accessory use building."

"Federal law protects the right of all religious traditions, mainstream or minority, to a place where congregants can pray, worship together and teach their children," said Roman P. Storzer, the attorney representing Al-Madany Islamic Center, at the time the lawsuit was filed.

10/22/2012: WilmerHale joins S&G in the representation of Al Madany Islamic Center of Norwalk

Al Madany sued the City of Norwalk, Connecticut and the City's Zoning Commission in June 2012, challenging the City's zoning laws and denial of its application to build a mosque. More information available here.

The complaint describes the center's need for a place of worship and the lack of an existing mosque in Norwalk, according to a statement. It alleges that the Zoning Commission's action was based on "misapplication of state and local laws," "ad hoc factors specifically and specially designed to prevent the construction of a mosque within Norwalk" and "unequal treatment as compared to similarly situated places of worship in the same area and zoning district." The complaint states that a place of worship is an allowed use with a special permit in the residential zoning district where the property is located and alleges that the center complied with all promulgated standards for such a use.

"Federal law protects the right of all religious traditions, mainstream or minority, to a place where congregants can pray, worship together and teach their children," said Roman P. Storzer, attorney for the center, in the statement. "It is up to the faith-based organization, and not the government, to decide which religious activities are uses that are to be associated with its place of worship."